Coastal environments are brutal on park furnishings. Whether your park is along a sea or freshwater coast, park furnishings need to be able to stand up to Mother Nature as well as to visitors. 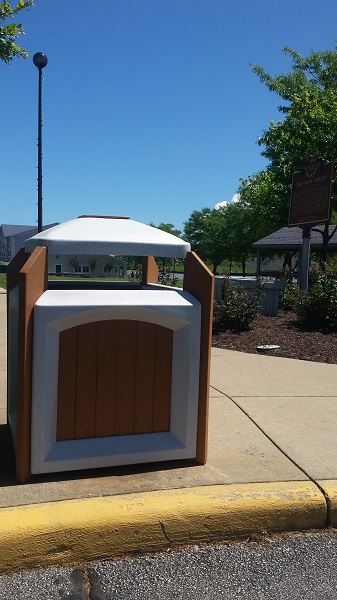 Clearwater Florida’s world-renowned beaches attract plenty of visitors each year and those numbers swell to staggering proportions during the spring break season. With the coastal environment and crowds, Clearwater found they needed furnishings that could take a beating and endure the tough environmental conditions.

With their metal trashcans along the beach quickly rusting out, Clearwater Parks decided to do something different and began the process of finding a waste receptacle that would survive the harsh weather, sea salts, and spring break revelers.

Clearwater opted for the Bright Idea Shops Jumbo Waste Receptacle. This waste receptacle is made with recycled plastic lumber components and holds 60 gallons.

“We liked that the top of the can is covered which reduces the amount of rainwater that can get inside,” says
Jim Boise, trade worker supervisor with Clearwater Parks and Recreation Department. “Since the trashcans load from the side, it is easier to get the internal trash bin in and out.”

As far as wear and tear from beachgoers, dents to the Jumbo Waste Receptacle are simply popped out. This is pretty impressive, considering most of the damage done is by spring breakers standing on top of the containers or the mowing crews accidentally bumping it.

“We asked for a few design changes to better suit our needs,” said Boise. “Bright Idea Shops made the changes and we have waste receptacles that work for our specific needs and location.”

Due to the components of the Jumbo Waste Receptacle being recycled plastic, plastic, and stainless steel bolts there aren’t any problems with corrosion. The plastic has a less than 1 percent water absorption rate, making it difficult for spilled beverages and debris to cling to the material.

Over 100 Bright Idea Shops Jumbo Waste Receptacles are used daily by Clearwater Parks’ visitors and are surviving the ultimate test in durability – spring breakers and the constant assault of glaring sunlight, sea salts, water, and wind. 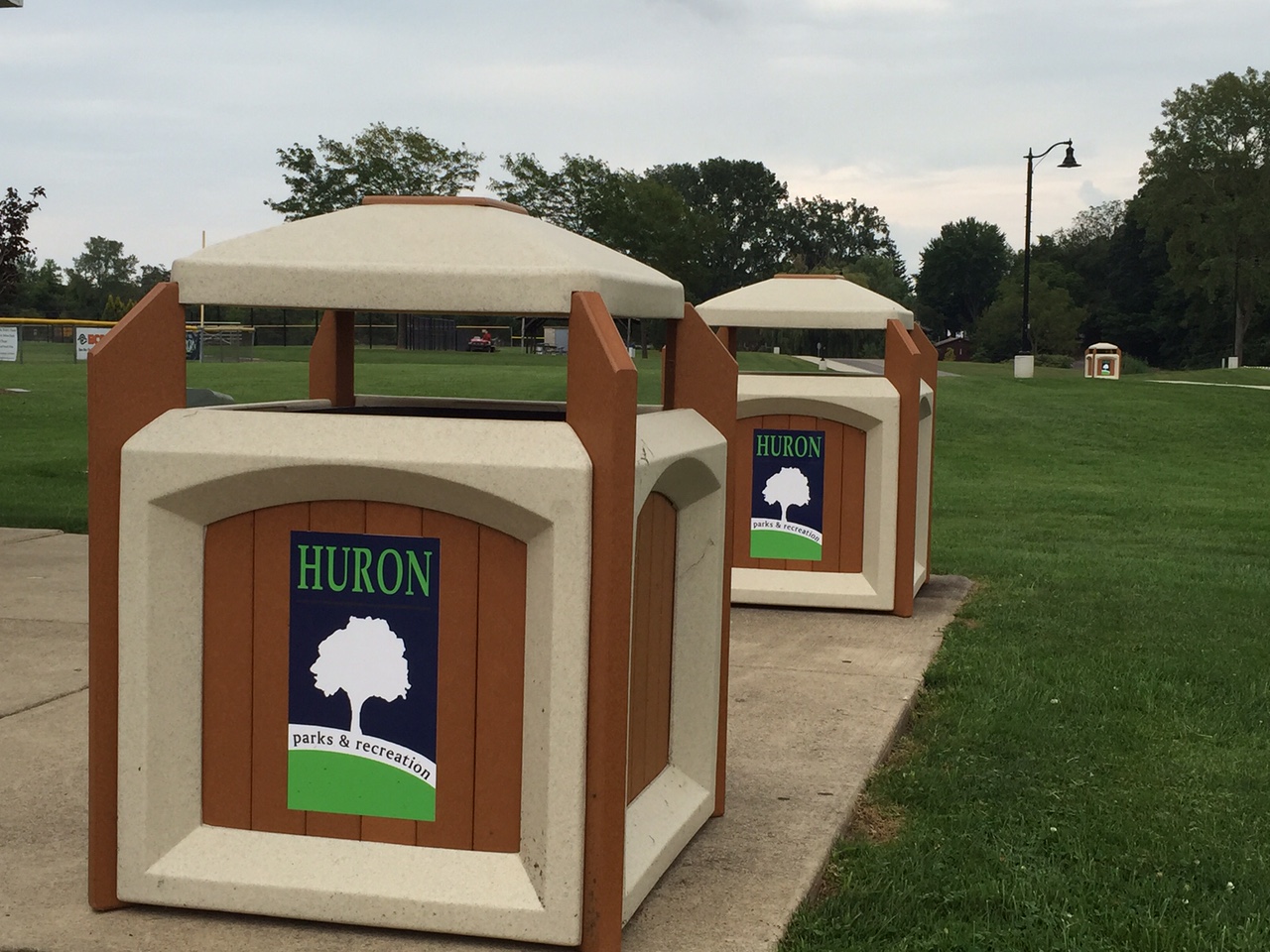 Not all coastal environments are along the ocean. In Huron, Ohio the parks department is working hard to brand themselves as well as provide stylish waste receptacles for their patrons.

“Bright Idea Shops helped us incorporate the city logo onto the side panels,” said Doug Steinwart, operations manager for Huron Park and Recreation in Huron, Ohio.

“We really like the way the etched logos turned out and how it has helped us brand our parks,” said Steinwart of Huron Parks and Recreation recent rebranding. “It was perfect timing to implement the waste receptacles are in highly visible areas of the park.”

The receptacles are located in Fabens Park which is a focal point of local activity including baseball, softball, tennis, walking trails, picnic shelters, and a playground. 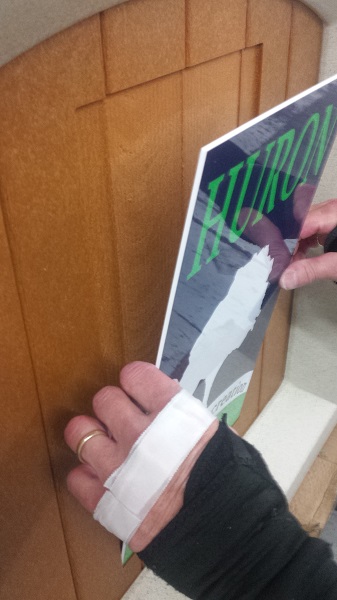 Prior to switching to the Jumbo Waste Receptacles, the staff had to annually refurbish and paint the old metal containers.

“We did a lot of research on waste receptacles because of our close proximity to the water and the corrosion problems this causes,” said Steinwart. “We wanted receptacles that were aesthetically pleasing but could also withstand the elements.”

Huron Parks’ high volume of visitors and desire to keep operating expenses low, meant that they also needed receptacles that could hold a large volume of waste. Steinwart also needed a receptacle that weighed enough it wouldn’t tumble over with a gust of wind.

Bright Idea Shops Jumbo Waste Receptacles have enough weight to them and are built sturdy. They don’t topple over.

“The Jumbo Waste Receptacles’ closed top acts as a shelter and reduces the amount of rainwater that gets in,” said Steinwart. The closed top also reduces the chances of waste being blown out of the container.

Whether on a sea or freshwater coastline, the Jumbo Waste Receptacle does the job of helping parks maintain clean facilities and reduce operating costs. The customizable side panels offer opportunities for branding as well as advertising or sponsorships.

Find out more about how Jumbo Waste Receptacles can help your park by calling Dave Robbins at 800-886-8990.